The Battle for Wesnoth 1.4.2 Review

It's been a while since I made the Battle for Wesnoth 1.2.8 Review, and now the brand new 1.4.2 release is out. What are the new features? What changed or improved since the last stable version? I will try to review most of the new features in the last Wesnoth release, as well as including some in-game screenshots.

What's new?
The first thing you'll notice when starting the game is a new background image, somewhat nicer than the older one. The tips now have different sources, like 'Handbook of Tactical Analysis Volume II' or quotes from well-known Wesnothian characters. The game interface is visibly faster and more responsive, which is one good improvement over 1.2.8, where you had to wait a considerable amount of time even on fast CPUs when entering multiplayer or starting a new single player game. It also benefits from sounds each time a button is pressed, with the possibility to turn this feature off.

Other highlights include: beautiful transparency effects for in-game messages, like the dialogues in campaigns; new sounds and songs; new and revised maps (the map formerly known as Meteor Lake is called now Fallenstar Lake); some units are now animated, creating a more dynamic experience; several units benefit from new artwork. The campaign number now increased to 13, so, except the classic ones like Heir to the Throne or The Rise of Wesnoth, new official campaigns are now available like Son of the Black-Eye or Descend into Darkness. 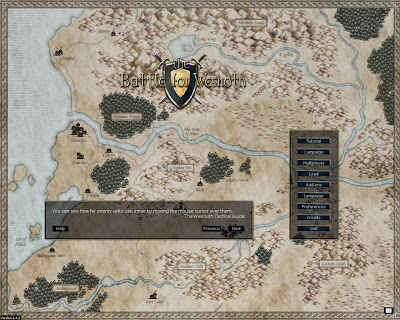 Another notable change is the way the map is scrolled now: it seems like it uses an algorithm for acceleration, creating a smoother scroll effect. 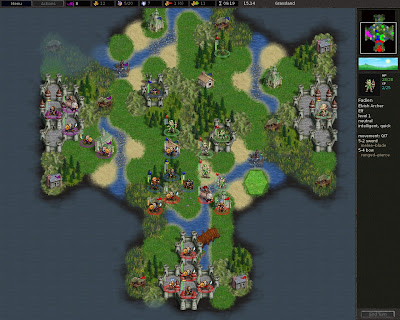 Multiplayer
The multiplayer window offers the Preferences dialog so you can change options without the need to disconnect from the server. The amount of players doubled now (probably because both 1.2.8 and 1.3.x development branch players merged on the single 1.4 server) and you can find opponents at any given time.

Connected to the multiplayer server - notice the large number of players 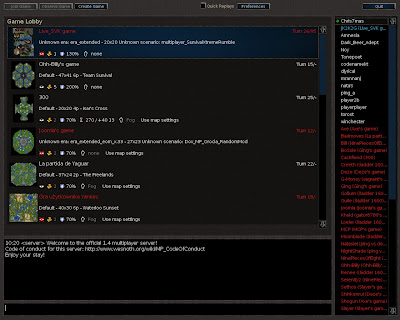 Conclusion
If I gave Wesnoth 1.2.8 ten points out of ten, then I'd have to give this new release eleven out of ten, at least. It's getting better and better with each new version. I can say Wesnoth stands as a remarkable piece of art in the gaming world.