Amarok 2 Alpha - An Early Look at What's Going On

New interface
Currently, it's very obvious Amarok 2 is in the alpha phase. The major thing that changed is the interface, which looks nicer and more modern now, with the collection browser located in the left and the playlist itself located to the right side of Amarok's window. 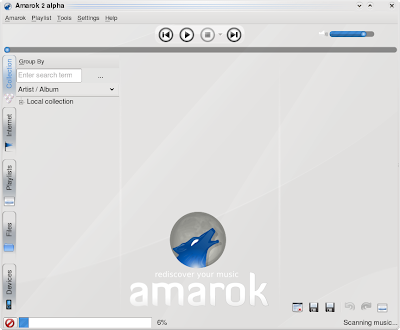 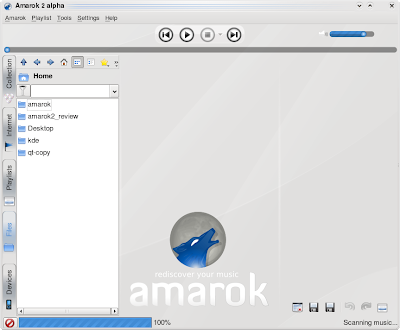 I installed Amarok 2 using this guide from the official website, on a Debian Lenny with KDE4 installed from SVN (not complete, only kdelibs and kdebase libraries). 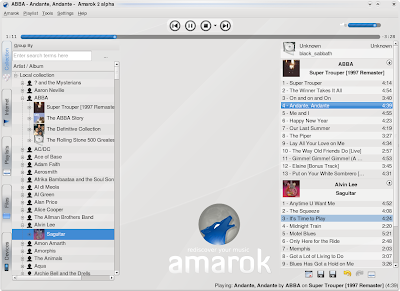 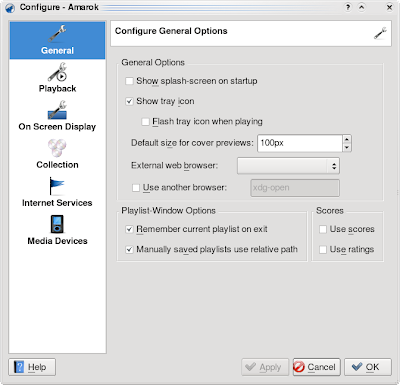 Widgets
The center space is empty, unless you add a widget. Widgets should be a nice addition to Amarok: some of them include a Wikipedia widget or a Last.fm widget. The only thing at this point is that neither of them work. But since this is alpha, I didn't expect them to. I'm sure widgets will be one of Amarok 2 strong features when it will be released.

A new feature: widgets (currently none seem to work) 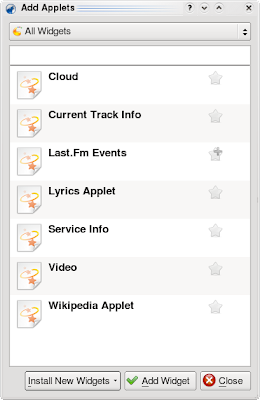 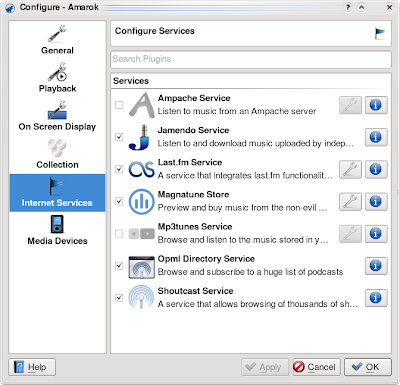 Incomplete at this point
The Tools menu is poorer than Amarok 1.4, featuring only the Script Manager, the Cover Manager and the options to scan and update the music collection.

I couldn't make Amarok to output any sound, but that's probably because my KDE4 installation is not complete (I only installed kdelibs and kdebase from SVN - if that has something to do with it).

Both the script and cover managers look unchanged since the 1.4 version. 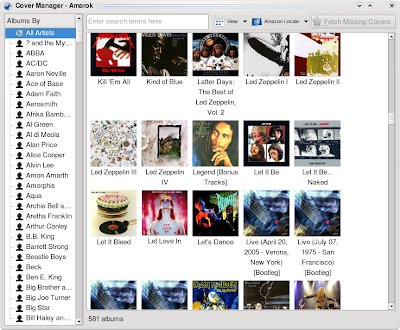 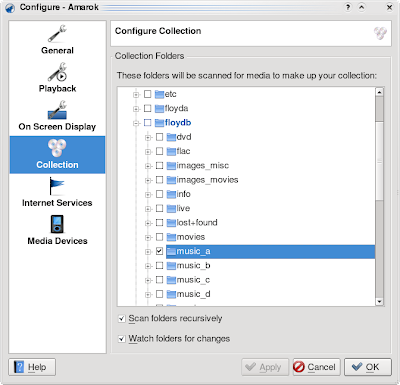 Conclusion
What can I say. It is alpha and it surely looks and behaves like alpha. I don't think Amarok 2 is anywhere near a final release, and there will probably be months until we'll have a first stable 2.0 release. Until then, I'm glad to be blessed with the solid, full-featured 1.4.9.1 version, which will be around for maybe even 6 months to follow. The two features I can highlight at this point in Amarok 2 are widgets and a brand new interface, which definitely looks nicer but will probably suffer changes, since it's not very practical. 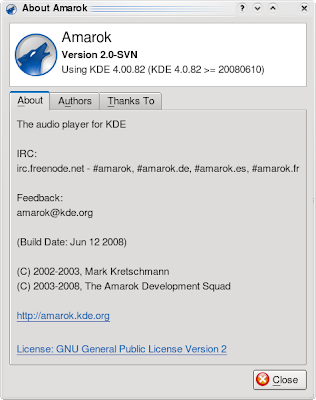 While I can understand the aesthetics of the new playlist I highly doubt its usefulness. And after trying a couple of nightly builds I already long for my good old customizable columns in the stable 1.x branch.

Another questionable feature is the middle widget space. I would have rather have preferred having the playlist occupy the largest space possible. Besides, what was wrong with the old layout?

And there you pretty much have it summed up in that last question. Innovation is a necessity but its overuse signals as much demise as the lack of it.

The whole transition to kde4 has been a highly painful one. Missing old features and not nearly enough new ideas or anything new for that matter. I can understand that this might be the state of the desktop since it's a huge migration and everything cannot be done at once. But seeing the same trend in single kde applications migrating to kde4 is certainly a cause for concern.

But then again, may be it really is far too early too tell. I guess we'll see where this ends up as time goes. But at this point I hate to admit that I am sort of disappointed (as disappointed as I can get about an alpha stage app).

You're pretty much right, actually I share all of your thoughts here. Regarding the disappointment: I was a little disappointed too, but looking back at how Amarok evolved only the last two years (tons of bugs fixed, new features introduced, and the fact that Amarok developers are serious and really *fix* things), I'm sure that Amarok 2 will be a good release, whenever it gets released. Also, it seems like a project which really listens to community's needs, so if something is not useful or can be done in a better way, I really hope it will.