SMPlayer
SMPlayer is a fully featured video player built using the Qt 4 libraries. It basically plays anything, including DVDs and ISO images, but it skipped the menus when reading DVD ISOs. It's complete and it offers plenty configuration options, including for subtitles and the interface itself, allowing to choose the icon set and the style used. You can also configure the language SMPlayer uses for its interface, including English, Romanian, Polish, German and many other. I was impressed to see translations are pretty much complete.
Update: Full review here.

Kaffeine
This is one of the best KDE video players, currently at version 0.8.6 using Qt 3. Work is in progress for the Qt 4 port too. It plays anything and it handles very well any kind of movie formats. It uses the Xine engine, offering powerful configuration options for it. 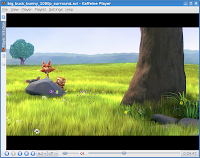 VLC
Used to be called the Video Lan Client in the past, this just might be the most popular player on Linux. Although I use it rarely, it handles all the formats out there without problems (including DVD ISO), performing better sometimes in case your video player of choice won't work with a specific file. 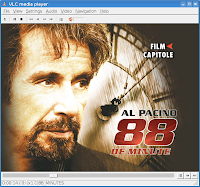 Totem
The GNOME default video player, Totem failed to play some DVD ISOs considering all the other players handled them OK. It doesn't load subtitles by default and I wasn't able to make it recognise a SRT subtitle and load it. Totem is good enough, but most of the other players are better if you ask me. It also offers several plugins. 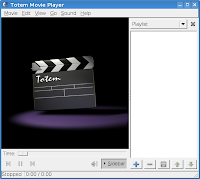 Codeine
This is a video player with basic options and a basic interface, which uses the Xine engine. It doesn't offer much configuration options and it's not very stable, but otherwise it offers support for all the video formats. It fails to play DVDs properly. The port for KDE4 is now called the Dragon Player.

RealPlayer
RealPlayer 10 is based on the Helix engine, however I couldn't make it play several formats or DVD ISOs. It offers favourites, many plugins and plenty configuration options, providing also a simple and intuitive interface. 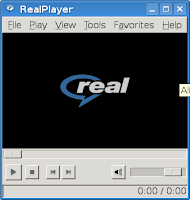 KPlayer
Although it crashed when trying to load files which are not multimedia ones, KPlayer does a pretty good job playing most of the video formats. It can also play TV, but the quality is not that good like in TVTime. It offers support for subtitles and enough configuration options to tweak it to your likings. KPlayer is powerful enough but it's not very stable, crashing pretty often.

Noatun
This is KDE's video player and there is not much to say about it, except that it's simplistic and basic. It plays most of the formats but it won't support subtitles. Can be embedded in the system tray. If you watch movies very often, and especially if you need to configure your player and need subtitles, this player won't fit you probably.

Kaboodle
Kaboodle is yet another basic player for KDE, which crashed after several seconds of play with the error 'sound server fatal error: CPU overload'. It doesn't support DVD ISOs, but can play many other formats.

MPlayer
MPlayer is a very powerful command-line player. It's used by many other video players which build frontends on top of it.

Xine-UI
Xine-UI (User Interface) is a frontend for the Xine engine. Xine itself is the backbone of several powerful audio or video players, like Kaffeine or Amarok.

Ever tray ffplay (part of ffmpeg). It plays everything imho even better then VLC.

Though a frontend to MPlayet, sMPlayer is as at least as full featured as kaffeine which make is one of the 2 most usable videoplayers in Linux.

You left out the best one of all? KMplayer allows you to select from the mplayer gstreamer xine and IceApe (flash-plugin) backends. Playes everything I throw at it, never crashes on my sid system (unlike smplayer). And can be easily embedded providing a secure low resource way to play flash content inside of konqueror. It truely is the 'King of Media Players' for linux.

Miro the Mozilla's XUL-based video/Internet TV player which uses Xine or Gstreamer (under Linux) and VLC in back-end... ;3

Ive been using Kaffeine for years. But just the other day I got a m2ts clip from a Canon HF10 AVCHD videocam. Kaffeine couldnt play it. But VLC could.

"Ive been using Kaffeine for years. But just the other day I got a m2t"

m2t is streamed mpeg. change the extension from m2t to mpg and Kaffeine will play it.

...change the extension from m2t to mpg...
Thanks. But Kaffeine wont play the m2ts file even after renaming til mpg or mpeg. It will however play m2t files as recorded from a HDTV receiver. Dont know what the difference is between m2ts and m2t.

Did you tried to throw some now standard files like MP4/OGM/MKV on the players?

What about MKV/OGM chapter support?

What about MKV font embedding?

What about ASS (Alpha Sub Station) subtitles support? How did styling worked??

Hi ,
i have seen your blog http://vivapinkfloyd.blogspot.com/its interesting and informative.
I really like the content you provide in the blog.
But you can do more with your blog spice up your blog, don't stop providing the
simple blog you can provide more features like forums, polls, CMS,contact forms
and many more features.
Convert your blog "yourname.blogspot.com" to www.yourname.com completely free.
free Blog services provide only simple blogs but we can provide free website
for you where you can provide multiple services or features rather than only
simple blog.
Become proud owner of the own site and have your presence in the cyber space.
we provide you free website+ free web hosting + list of your choice of scripts
like(blog scripts,CMS scripts, forums scripts and may scripts) all the above
services are absolutely free.
The list of services we provide are

East or West,VLC is best.

Which one of these players has subtitle supprort?