I kept hearing about Google Gadgets lately so I decided to get it and see what's all the fuss about it. As the official website says, this project is still in development. 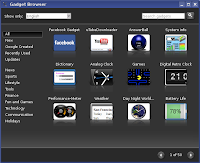 I took the source and compiled it, and finally, I didn't find it from the first try, but after a couple of tries I figured it up and ran 'ggl 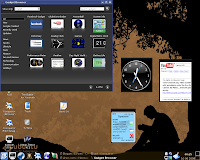