1. The GIMP - image editor
GIMP is an acronym for GNU Image Manipulation Program, and is the most complete image editor on Linux. It supports various file formats and it features many effects. I usually read complains about GIMP regarding the fact that it's not as 'good' as Photoshop. Well, I'm not a graphics passionate, and I only use GIMP for basic image manipulation (cut, crop, basic effects, resize etc), but I think it's the best tool out there to use with images. The current stable release is 2.4.6.
Official website 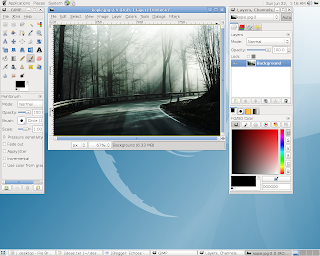 2. XChat - IRC client
In my opinion, this is the best graphical IRC client for Linux. Its strength is in support for scripts in Perl and Python, together with an easy to learn plugin interface (given that you know basic C). It offers event-based scripting too. Most of the configuration options are available via the /SET variables, instead of the Preferences window. The logging system allows filenames which can use date specifiers, so you can store your logs in whatever way you want. The Windows version usually ships earlier than the Linux one, but that's not quite an issue, since the client is already complete for several years now.
Official website 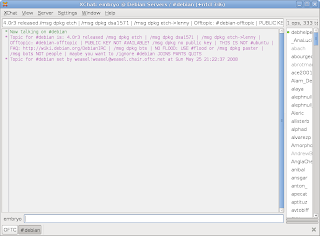 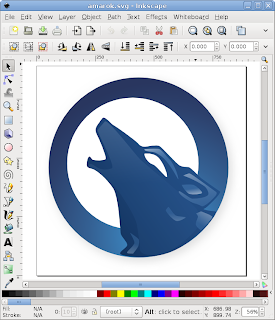 4. OpenOffice - office suite
Although some say OpenOffice is too bloated and prefer Abiword in GNOME, this still is by far our most fully-featured office suite. It's true, OpenOffice is very slow and it takes some time to load, especially on older PCs, but it's complete and fully supports the OpenDocument format. Besides, it's the best response to Microsoft's Word. I'm not bashing any application here (I actually use a word processor maybe once a month), but I'm sure that Abiword and not even KOffice can compete with OpenOffice at features chapter. As for the speed, yes, they are both faster and use less resources.
Official website 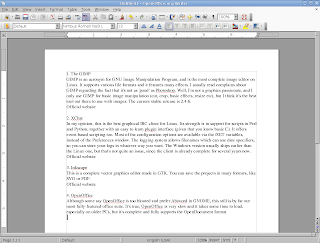 5. VLC - audio/video player
VLC is the kind of video player that usually does not fail to play something when other players can't manage to do it (given that all the codecs are correctly installed). Very powerful and very configurable.
Official website 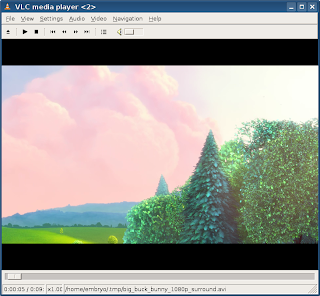 6. Firefox - web browser
The most popular browser on Linux, Firefox uses the Gecko engine not only for rendering web pages, but for the entire Firefox interface. It eats up a lot of resources, but it displays correctly most of the pages and can be extended using add-ons (there are hundreds of add-ons on the official website). It also supports themes. The last Firefox version is 3.0, just recently launched.
Official website 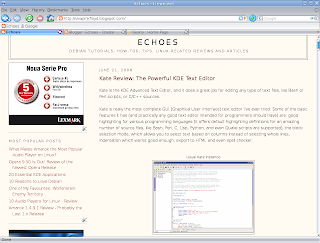 7. Banshee - audio player
Together with Rhythmbox and Audacious, Banshee is one of the top audio players for GNOME. Although the last version, 1.0, is not very stable in my opinion, Banshee is nevertheless a good audio player. It features audio and video libraries, podcasts, Last.fm integration and a configurable playlist to mention just a few. The new website is also well organised and it also looks very well designed.
Official website 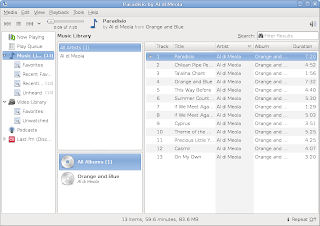 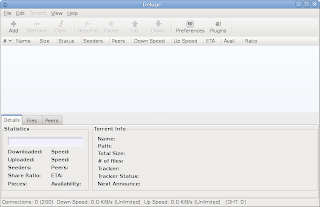 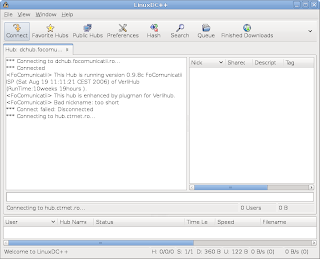 10. Geany - text editor and IDE
Not only a text editor, Geany can be also used as a small IDE (Integrated Development Environment), featuring indentation, highlighting for many languages, support for projects, printing to file (PostScript or PDF) and plugins. Those are not all its features though. It's a very good alternative to Gedit.
Official website 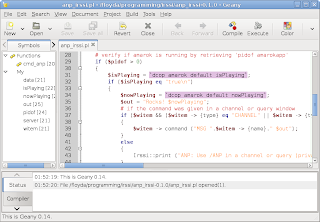 OpenOffice is very much not a GTK app. It has, shoehorned in, some GTK widgets.

I was prepared to slap you if you didn't put The Gimp on there. GTK was spun off of The Gimp ;), ya know.

If something looks like a GTK app, doesn't mean it's a GTK app; do your homework before writing an article.

Another thing is that why would the Gnome desktop want to include OpenOffice for example? The have the Gnome Office suite; Gnome also has a tightly integrated media player and a web browser - don't really see your point, sorry.

FWIW, Firefox on Linux has, for a while now, been incorporating GTK in its interface. FF3 uses the GTK file dialog and generally implements GTK throughout its interface. One interesting side-effect is that I have lost interest in pure Firefox themes on Linux, I like it better when it changes with the current GTK/Gnome desktop theme.

You might want to reconsider the vlc screenshot showing the obviously downloaded episode of M*A*S*H (the filename is a dead giveaway!) especially as your blog has your real name on it...

VLC is built with wxWidgets, fyi.

Don't want to be pedantic, but OpenOffice.org does not *fully* support ODF from what I read somewhere a good while ago. Inadvertendly I think they aren't quite up to ISO spec. But I imagine they will get that fixed soon.

The big question is "Should a DE include applications at all?"

Submitted to stumble. The only app i had not heard of/didn't use (at least once) was geany. Looks good though and ill give it a run with some python scripts

You don't seem to know what GTK means.